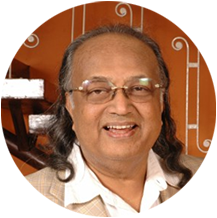 A decade before he got his Ph.D., soon after getting his Master’s degree in Film and Television at Columbia University, New York, Dr. S. Krishnaswamy collaborated with Prof. Erik Barnouw in writing the book Indian Film (Columbia University Press 1963 & Oxford University Press 1980), widely acknowledged as the pioneering work on the history of Indian Cinema. In 1963, he founded KRISHNASWAMY ASSOCIATES, at Chennai, for producing purposeful Non-fiction and Television films. In the first decade of his work, he won four National Awards for his films, including the Special National Award to Commemorate the Silver Jubilee of Indian Independence.

The important Awards conferred on him include the Honor Summus Award, in 1987, by The Watumull Foundation, Honolulu, “for his film making with a sense of social commitment, combining technical skills with creative finesse” the LIFETIME ACHIEVEMENT AWARD conferred by the US International Film & Video Festival, Los Angeles, in 2005, “for his outstanding contributions to Non-fiction films”, and the coveted PADMASHRI Award by the President of India in 2009. 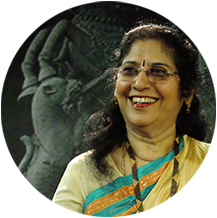 A university Gold medalist, with a Ph.D. in Bio-chemistry, Dr. Mohana Krishnaswamy has several scientific papers to her credit, and is a recipient of Hari Om Ashram’s Award for her research in cancer treatment through Ayurveda. If this is her scholarly face, the other facet to her personality is that of a producer of 30 TV Serials and 300 nonfiction films, as Chairperson of Krishnaswamy Associates (P) Ltd. In this sphere too she is a winner, receiving among other awards, the IFUW INTERNATIONAL FIRST PRIZE at Helsinki, for directing How They Left Hell Behind, on women’s empowerment. She initiated diversification in Krishnaswamy Associates (which in its initial years had specialized in non-fiction programs) by producing TV Serials. She also pioneered the production of Hindi TV serials with a Tamil ambience. Passionately interested in Classical music, Dr. Mohana sings Hindustani Bhajans and Ghazals. A Scholar in Hindi, she speaks Tamil, Telugu, Marathi and English besides having a working knowledge of Urdu. 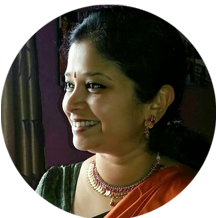 Twice Winner of CREATIVE EXCELLENCE AWARD at the US International Film & Video Festival, Illinois, as Director of the Culture series When The Gods Dance in 1999 and as Choreographer & Performer for Savitri, based on Sri Aurobindo’s classic, in 1995. Editor and Director of 6 popular Television serials – Three fiction series for Jaya TV and Doordarshan, Two culture series for Singapore TV-12 and one series on science awareness for DD Podhigai; Editor and Director of over a hundred Non- fiction short films including corporate films and advertising campaigns; Screenplay writer for a 13 part TV series and several non –fiction films, including winning an INTERNATIONAL AWARD for her Feature length Screenplay titled The Ascent in the Canadian Wild sound contest in Oct 2009; Classical Dancer with a stage experience of over 3 decades – from her childhood; Choreographer – with several ballets to her credit; Actor performed lead roles in three home productions for Television. 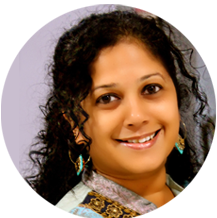 Gita combines her experiences as a classical dancer of over 30 years, a powerful orator transforming lives, a published spiritualist author, an inspiring actor, an international award winning director of Television serials, an internationally certified lifestyle coach and CEO of Maverick Fitness Studios to present a holistic approach to living life. She won the CERTIFICATE OF CREATIVE EXCELLENCE award at the U.S. International film and video festival from Chicago in the years 1995 & 2000. Her directorial ventures include Oorarinda Rahasiyam 2001 (short stories) which also featured several of her short stories, 52-part series Visaalam (novel), and Swami Vivekananda (biopic). Gita has performed lead roles in many of her home productions including as the heroine of Hindi Tele-film THYAGABHOOMI, a re-make of the Pioneer K . Subrahmanyam’s original classic banned by the British in 1938 and as Kannagi in Upasana (Based on Silappadhikaram and Manimegalai). She received the VOCATIONAL EXCELLENCE AWARD from Rotary International in 2011.